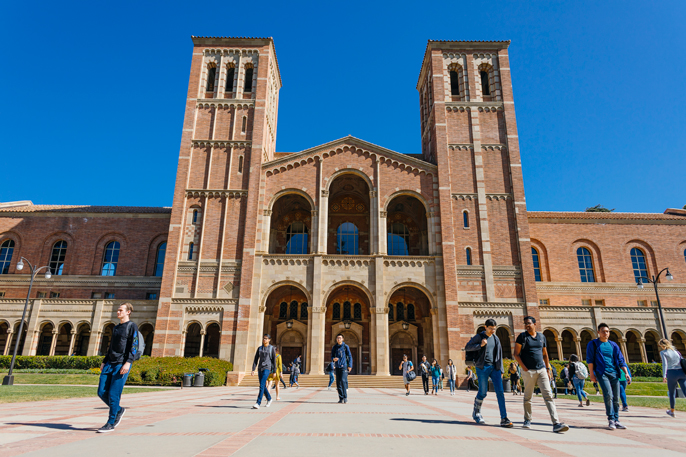 Marco Merz, as Head of Defined Contribution, is responsible for the structure and implementation of the investment products on the DC lineup. He talked to us about the new DC offering and the University’s shift to a fossil free framework for both the $90 billion pension plan and the $22B University of California endowment, and how everything has gone since.

Tell us about the University of California’s defined contribution (DC) plan.‍

The University of California’s (UC) defined contribution plan, called the Savings Program, has around $35B of Assets Under Management (AUM) with over 300,000 participants. The Savings Program offers 3 plans: a 401(a), a 403(b), and a 457(b). Historically the Savings Program was a purely supplemental savings vehicle that could be layered on top of the mandatory contribution into the pension plan, with no match in the 403(b). But that changed in 2016, when the UC started allowing new hires to choose between the UC pension plan and a new Savings Choice plan, which looks like a traditional 401(k). A minimum 7% contribution is required in the savings choice plan, which is matched by UC at 8%. Younger employees have especially gravitated to the Savings Choice only plan, with 25,000 employees currently in that plan. The number of Savings Choice participants will continue to grow and therefore it is especially important that we have a DC plan that is geared towards the future and gives participants access to the funds that they want to invest in. That’s the connectivity to ESG geared investing. Because we can’t forget that these assets are held by individuals, so their opinions matter most.‍

How does your office approach sustainability?‍

Our office has an overarching sustainability framework to ensure that our investment approach aligns with our core principles. Practically we have therefore decided to eliminate our exposure to what we believe are stranded assets that pose financial risks. A prime example is the exclusion of companies with known carbon reserves. Our framework goes beyond exclusions and also focuses on company engagement to bring about change through an ongoing dialog with the companies that we invest in.‍

What motivated you to introduce a fossil free option?‍

When we decided to exclude fossil fuel related companies in the pension and endowment, there was discussion about what to do with the DC plan. There was a desire to offer participants the choice to buy the same exposure we’re offering on the pension and endowment side. Therefore we started offering a fossil free fund option (UC Global Equity Ex Fossil Fuel Fund) in April 2021, which excludes any company with exposure to carbon reserves.‍

Was the change driven by employees or by management?‍

A number of our UC stakeholders voiced their desire to have an investment option on the DC lineup that would allow them to invest in a greener fund. Among those stakeholders were Faculty members through the Academic Senate. Our student body was also influential in the decision through the UC Green New Deal group. It was really a collaborative effort.‍

How did you address the question of fiduciary duty in making this decision? What pushback did you get? ‍

The main work on fiduciary duty centered  on engagement with a large number of stakeholders. We have a vocal faculty represented by the Academic Senate. There is a small governing board that has governance over the DC plan in particular, who wanted to make sure we wouldn’t be giving up returns and we would ensure full diversification. They also worried that participants wouldn’t know the difference between the fossil free and other funds. Litigation concern and confusion concern were the primary areas of pushback that we addressed through our legal group and an outside legal opinion and our investment consultant. We are also very clear about what the fossil-free option actually is. We added disclaimers to our fund factsheets highlighting the exclusion of names and that performance will differ because of that approach. We also added standard benchmarks that do not exclude fossil fuel companies so our participants can easily compare performance. ‍

How has the performance of the fossil free option compared to expectations?‍

Our position is that holding carbon reserves is risky because of the stranded asset theory. (Editor’s note: stranded asset theory is another way of saying that there is a very real risk that global governments pass legislation preventing fossil fuel companies from extracting some portion of the known fossil fuel reserves they own. Because known reserves underpin stock prices, this would result in major losses for holders of fossil fuel investments.) Long-term fossil fuels are a risky asset and we believe they will underperform over time. In the short-term, the energy sector has outperformed over the past few months, so the fossil free option has underperformed over that same period. But not holding fossil fuels has added performance improvements over the 3, 5, and 10 year time frames.

What advice would you give the CFO of an organization that is considering adding a fossil free option to their 401(k) lineup?‍

I would advise two things: first, some will say that by taking out these names we are creating fiduciary risk - but you can turn that argument on it’s head because there is solid data over the long term that you’re including assets that will underperform, which is also a fiduciary risk. So you should think about fiduciary risk from both sides of the coin.

Secondly, these are assets of the individuals, not of the plan itself. If your participant base is asking for this option, you should listen to them, because you don’t own the assets, they do. It is important to think about democratization of the investment decision, where we allow participants to express their values. That will become even more important as millennials start saving more and being more vocal about what they need. The fossil fuel free fund option is just the beginning of how the UC will democratize the DC plan so that individuals can express their opinions.